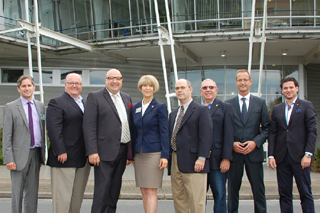 The “I” in “IKT” doesn’t actually stand for “International”, but that’s not stopping anybody at the IKT from working with partners from around the world. One result of cooperation with the International Right of Way Association (IRWA), an e-learning opportunity can now be booked and accessed on-line.

The emphasis is on highly topical underground and pipeline-engineering issues, on vegetation and infrastructure, electricity, district heating, gas, telecommunications and more. Six highly regarded speakers present their knowledge on the development and management of underground infrastructures and discuss the latest status of research and science in these fields. Three of the six modules are devoted to the focal topic of vegetation and infrastructure. The other modules serve to broaden and deepen knowledge of underground-infrastructure fundamentals, with emphasis on the work of system operators, and to examine completed projects from which much can be learned. 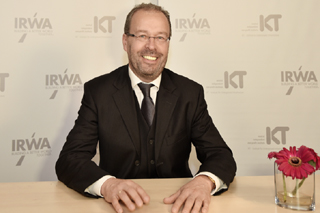 One of the six speakers for the “Underground Infrastructure Panorama”: Dr. Peter Lampret, of IKT

This unique new course is now on-line at the IRWA University website, and can be booked there: Underground Infrastructure Panorama

The partnership between IRWA and IKT has grown continuously during recent years. It is also becoming increasingly apparent just how well the two organizations fit together. IKT stands for practically orientated research and well-founded knowledge in the field of pipe-based infrastructures in Europe, while IRWA, with its many thousands of active members around the world, is known for its management know-how and for its high-quality training and certification programs.

The International Right of Way Association (IRWA), headquartered in Los Angeles, USA, is a not-for-profit organization for experts in infrastructure real estate. Since its foundation in 1934, the IRWA has assisted specialists in acquiring, managing and transferring the land and property rights necessary for the construction and maintenance of infrastructure networks. Above all, the association offers facilities for in-service further training for its nearly 10,000 members from some fifteen countries. These courses are also open to non-members.
The IRWA website

At international level, IKT will be holding its two-day Masters Course in “Sewers and Pipelines – Construction, Operation and Maintenance” in Amsterdam and in Paris, during 2017. In this Masters Course, Prof. Dr.-Ing. Bert Bosseler, Scientific Head of the IKT, summarizes the central elements of his university lectures, supplementing them with relevant information from international standards.
19-20 April 2017 in Amsterdam
26-27 October 2017 in Paris
Program and registration (PDF) 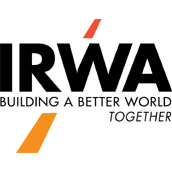 Through our cooperation, IRWA and IKT’s intention is to promote management methods and technical specifications for the operation and maintenance of underground pipeline infrastructures, to develop in-service further training opportunities in this field, and to support global networking of specialists from this industry.

Reciprocal memberships underline the commitment of both organizations. IKT members of IRWA include: 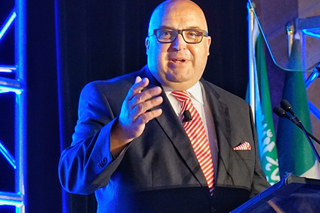 Regular reciprocal visits are planned, in order to intensify contacts. IKT Managing Director Roland W. Waniek recently spoke at the IRWA’s 2016 annual conference in Nashville on the planned installation of underground high-voltage lines in conjunction with Germany’s energy turnaround. As he noted, this project raises numerous technical issues, including how, for example, how construction can be carried out in a soil-conserving and environmentally safe manner, how thermal insulation and resistance to root damage can be assured, and how maintenance, rehabilitation and replacement construction can be organized.

Dr. Sissis Kamarianakis also spoke at the conference on innovative concepts for the grouping of various infrastructures for more efficient use of the underground space and for cost-savings – for example: broadband cables installed in sewers. Unanswered questions here concern operation, maintenance and rehabilitation. Another paper focussed on research into the technical feasibility of the installation of underground cables for transmission of green electricity across long distances. Dr. Kamarianakis had presented the concept and the contents of the joint on-line course one year previously, in San Diego, and also took a look into the future at more ideas for joint IKT/IRWA training opportunities. 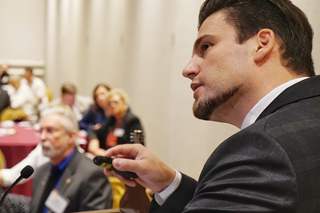 Dr. Sissis Kamarianakis at the annual IRWA conference 2016 in Nashville

In 2013, at the IRWA conference in Charleston, West Virginia, Prof. Bert Bosseler had already delivered a highly acclaimed paper concerning the challenges presented by the restricted space available for underground infrastructure. In 2014, he also spoke, in Hartford, Connecticut, on the German energy turnaround and its implications for infrastructure networks.

Representatives of IRWA have also been welcome guests at IKT in Gelsenkirchen, with Lee Hamre, the then president of IRWA, gaving a speech welcoming visitors to IKT’s 20th anniversary celebrations. She was attending as a member of an IRWA delegation led by CEO Mark Rieck, which took part in the 2014 International Conference at IKT and contributed interesting addresses on various infrastructural topics.

IRWA runs an on-line archive with articles on right of way topics in different languages – with an article by Bert Bosseler and Bill Busch on managing the crowded underground in the March/April 2015 issue available in English and an article by Sissis Kamarianakis on the installation of broadband cables in sewers in the January/February 2016 magazine available in English, Spanish, French and German.
Right of Way Magazine Article Archive 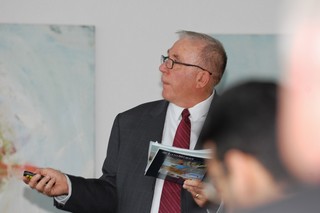 Bill Busch, a leading IRWA representative, who co-initiated the contact between the IKT and the IRWA some years ago, gave an address on vegetation and infrastructure, and chaired the afternoon workshop. IRWA representative Glenn Winfree, of Duke Energy, spoke on the operation of overhead power lines and the management of trees along their routes.

A special highlight of the International Conference was live transmission, via web-conferencing, of a paper by Bill Rose and Vic Bianes, of San Diego County Water Authority, on the effects of tree roots on large-diameter drinking-water pipelines – with 9,200 kilometers and nine time zones between the speakers and the audience! 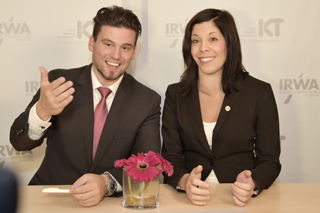 Interchange on other topics

The ever closer contact between IKT and IRWA will make it possible to exchange knowledge and ideas on many other topics in the future. Therefore IKT would like to request that interested employees of system operators and companies within the IKT support organizations to propose relevant discussion topics and to take part in the exchange of ideas. As Prof. Bosseler notes: “We look forward to our members’ suggestions!”
Read more about the IKT support organizations:
IKT-Association of Industry and Services
IKT-Association of Network Operators

IKT is widely networked, both in Europe and globally: IKT cooperation partners