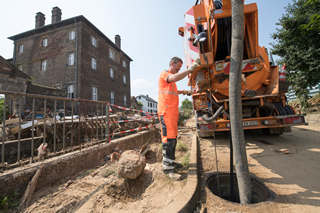 The Water journal has published the free access paper “Living with Urban Flooding: A Continuous Learning Process for Local Municipalities and Lessons Learnt from the 2021 Events in Germany” by Prof Bert Bosseler, Mirko Salomon and Marco Schlüter of IKT and Matteo Rubinato of Coventry University. It describes the findings of our Heavy Rain Check project and lessons learnt from the aftermath of the catastrophic Storm Bernd flooding in July 2021.

The paper can be accessed here

In 2021, heavy precipitation events in Germany have confirmed once again that pluvial flooding can cause catastrophic damage in large, medium, and small cities. However, despite several hazard-oriented strategies already in place, to date there is still a lack of integrated approaches to actually preventing negative consequences induced by heavy rainfall events. To address this gap, this paper presents the outcomes of the research project “Heavy Rainfall Checklist for Sewer Operation” which we conducted with sewer network operator members of KomNetAbwasser (ComNetWasteWater), to involve all the stakeholders affected by pluvial flooding within cities, and implement a series of documents that can be adopted by network owners across the world to support organizations and their operational staff in preventing problems caused by heavy rainfall incidents. 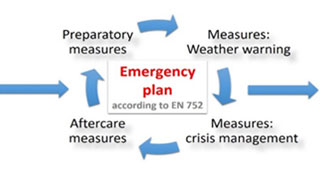 It analyses three different rainfall scenarios providing for each a list of specific tasks and suggestions for aiding decision-making:

To develop the Heavy Rain Check three levels of steering group (panels) were used to discuss the results and to check their significance and quality: 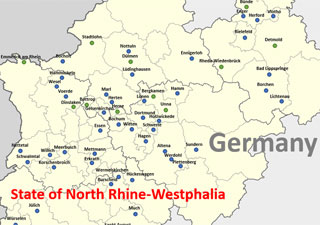 In July 2021 a catastrophic rainfall event affected parts of Germany, the Netherlands and Belgium and its effects were also felt in the UK and around other European countries. Between the 19th and 26th July, IKT co-ordinated assistance interventions by unaffected municipalities in support of those badly affected (see figure).

The lessons are still being learned and initial observations on the consequences for the affected network owners are presented in the paper.
For more information about the consequences of Storm Bernd and the response by KomNetAbwasser members see this post on our German website.

Visit the Water journal to read the paper on urban flooding!